This week we are very excited to have Mars of Montessori on Mars join us! This pre reading alphabet activity is so simple and beautiful. Please be sure to read her whole bio at the end of this post.

Here’s an activity I’ve been doing fairly recently with the younger children in my classes (and the older ones love to help with this, working with their younger classmates in a characteristically Montessori mixed-age classroom)–a pre-alphabet activity, a step before introducing the alphabet and letter sounds. 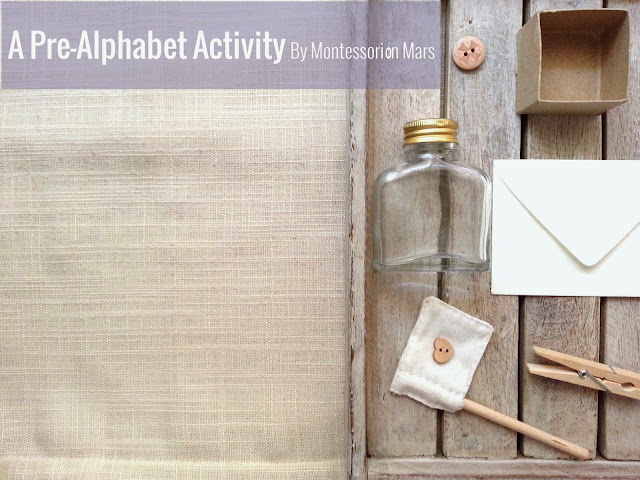 I mentioned in one of my previous posts, Memory and Reading, that letters are actually codes representing sounds children are already exposed to through spoken language (I always say that once you become a parent, you have to become talkative). Alphabet and phonics activities abound and if you follow Montessori in Mars on Facebook (and on Google+), I usually share and reshare ones I like from here and elsewhere.

But since one of Montessori’s principles is to move from the known to the unknown when presenting learning concepts (in this case from the sounds of spoken language to the codes/letters of the alphabet), I wanted to do an activity that would help children see the sound-code connection more clearly; before doing the usual introduction of a letter sound and showing things that start with that particular sound. Incidentally, Anne of Itty Bitty Love also posted Three Montessori Language Games for Toddlers and I recommend the activities there first (as they would also build vocabulary) before or alongside this one.

We’ll start with a tray of 3 objects that begin with sounds that are distinctly different from each other. A relatively short sentence right there, but I already have 3 important notes:

2. Make sure that the objects start with the phonetic sounds of the letters so use short sounds for vowels: /a/ as in apple, /i/ as in inchworm, /o/ as in octopus, /e/ as in egg, /u/ as in umbrella.

3. In Montessori, we usually introduce only 3 things at a time using the Three Period Lesson (3 is looking like an operative word!). It would be best if the child already knows the names of the items you’ll use so that the focus would be on listening for the sounds and not on trying to remember the names of the objects. On this tray, I have a bottle, a flag, and an envelope.

Begin by reviewing the items with the child. Again, it’s best if the child already knows the names of the objects–make sure of this using the Three Period Lesson.

Now we’ll play a little game called Guess What I’ll Say (I really love doing little guessing games with children because they can show you so much about their thought processes just like in this Guess the Number Game I did before).

I tell the child, “Let’s play a little game. I will just say one part, a small part of the word, the first sound of the name of the object. See if you can guess what I’ll say. Guess which of the three objects I’m going to say.”

Then I’ll just go ahead and make the first sound, for example, “Buh. Buh” (for bottle).

The child will then have to guess if I was referring to the bottle or the flag or the envelope.

Then just do the same for the other objects. This is a good exercise for phoneme isolation (i.e., recognizing individual sounds in words–in this case, beginning sound).

I tried this with the mid-three-year-olds in my class and they were happily successful. Later on I’d ask an older child (5 or 6 years old) to work with the younger ones and they enjoy doing the activity together. Incidentally, if you’ll be able to this with someone younger, like 2 and a half year-olds, I’d love to learn about your experience.

After several exercises like the one above (change the objects once in a while to keep point of interest), I thought of doing this next one as exercise for phoneme identity, recognizing the common sound in different words (in this case, common beginning sound). 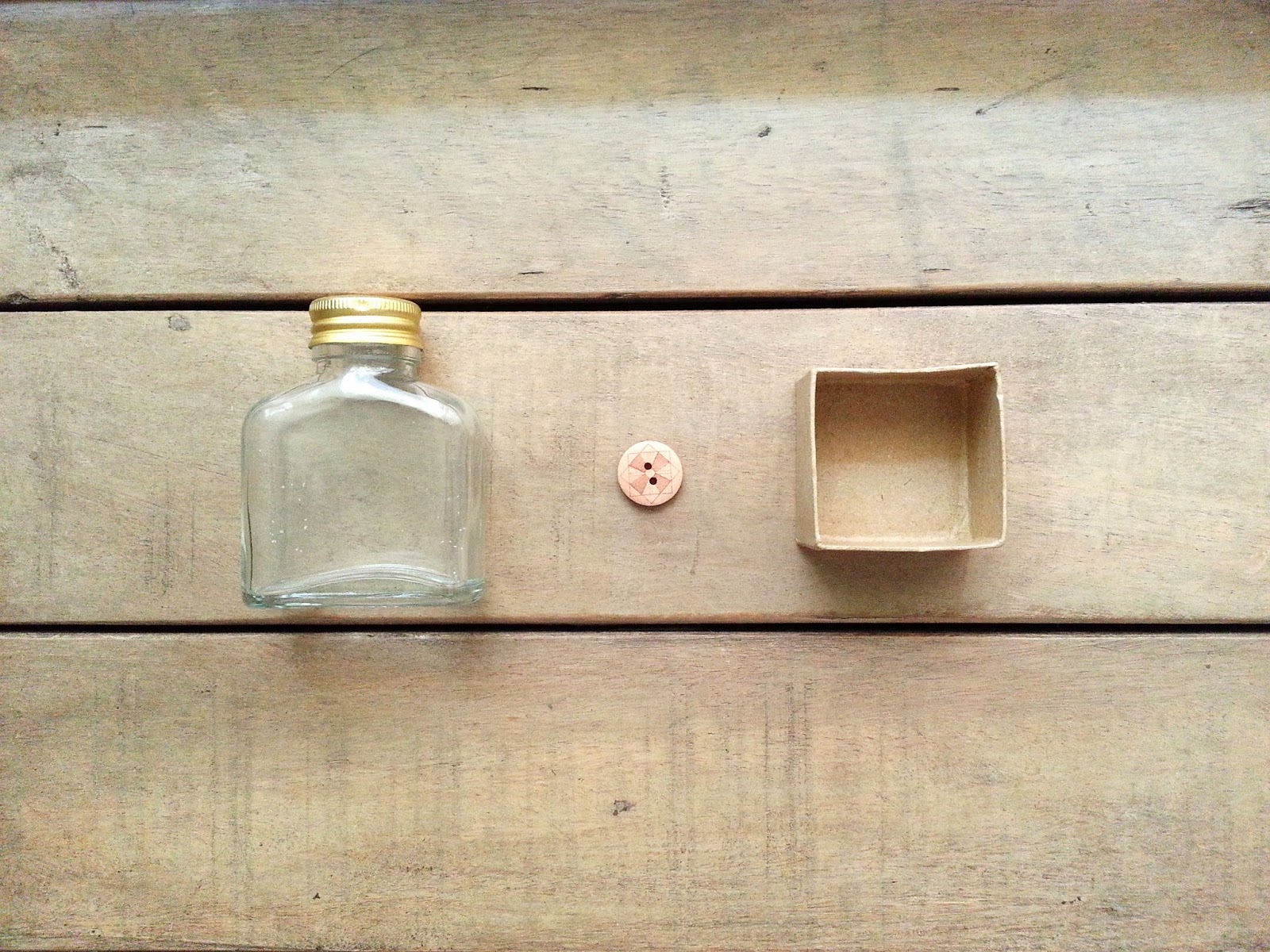 This time, I have a tray of objects with the same beginning sound: A bottle, a button, and a box.

Just as I did on the first activity, I asked the child to guess what I’ll say, but I’m only saying a small part of the word, the first sound of the name of the object.

And because they all have /b/ as beginning sound, the children in my class found it amusing that it was more challenging to figure out what Teacher Mars will really say. I don’t really wait for their answers though. I see them hesitate and I immediately say, “That was a little tricky, wasn’t it. Maybe it’s because they all start the same way! If I say “buh” “buh”, I could mean buh-buh-bottle or buh-buh-button or buh-buh-box!” (Note: You notice that these exercises require a lot of conversational exchange. You’d have to observe if a child is ready for this work.)

I can move on to say, “You see, some objects start the same way, they have the same starting/beginning sound. Like “buh” for bottle, button, and box.” This is then the time I introduce the code or the letter /b/. I can show the letter /b/ and say, “This is /b/. When we see this, it can remind us of the sound ‘buh’ like in bottle, button, box (show your collection of objects that start with the sound).” 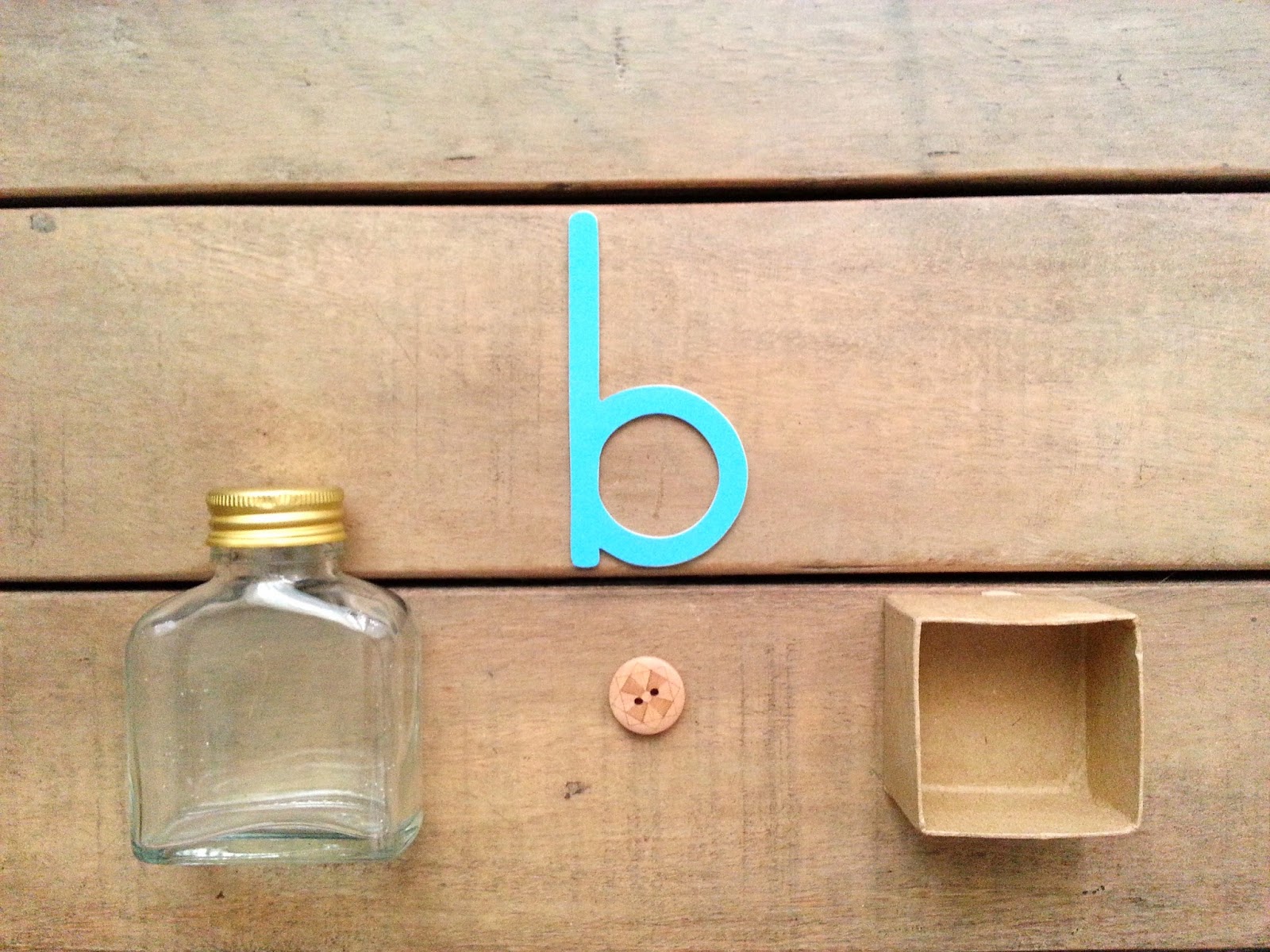 Note that I would have used the Montessori Sandpaper Letters to introduce the letter sound, but my set was not with me when I took this picture (excuses, excuses).

You can make your own Sandpaper Letters!

You can also do a sorting activity later on. 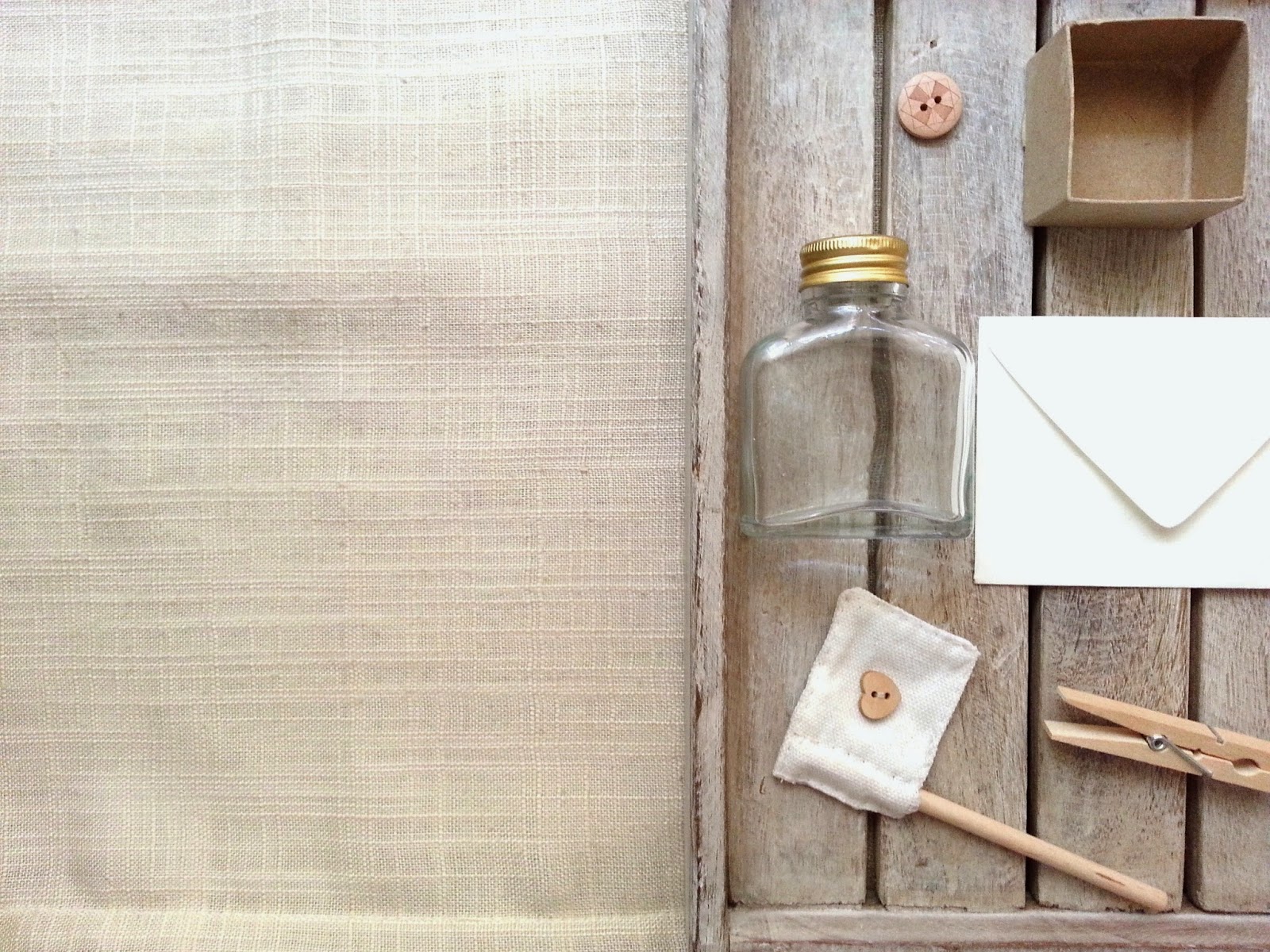 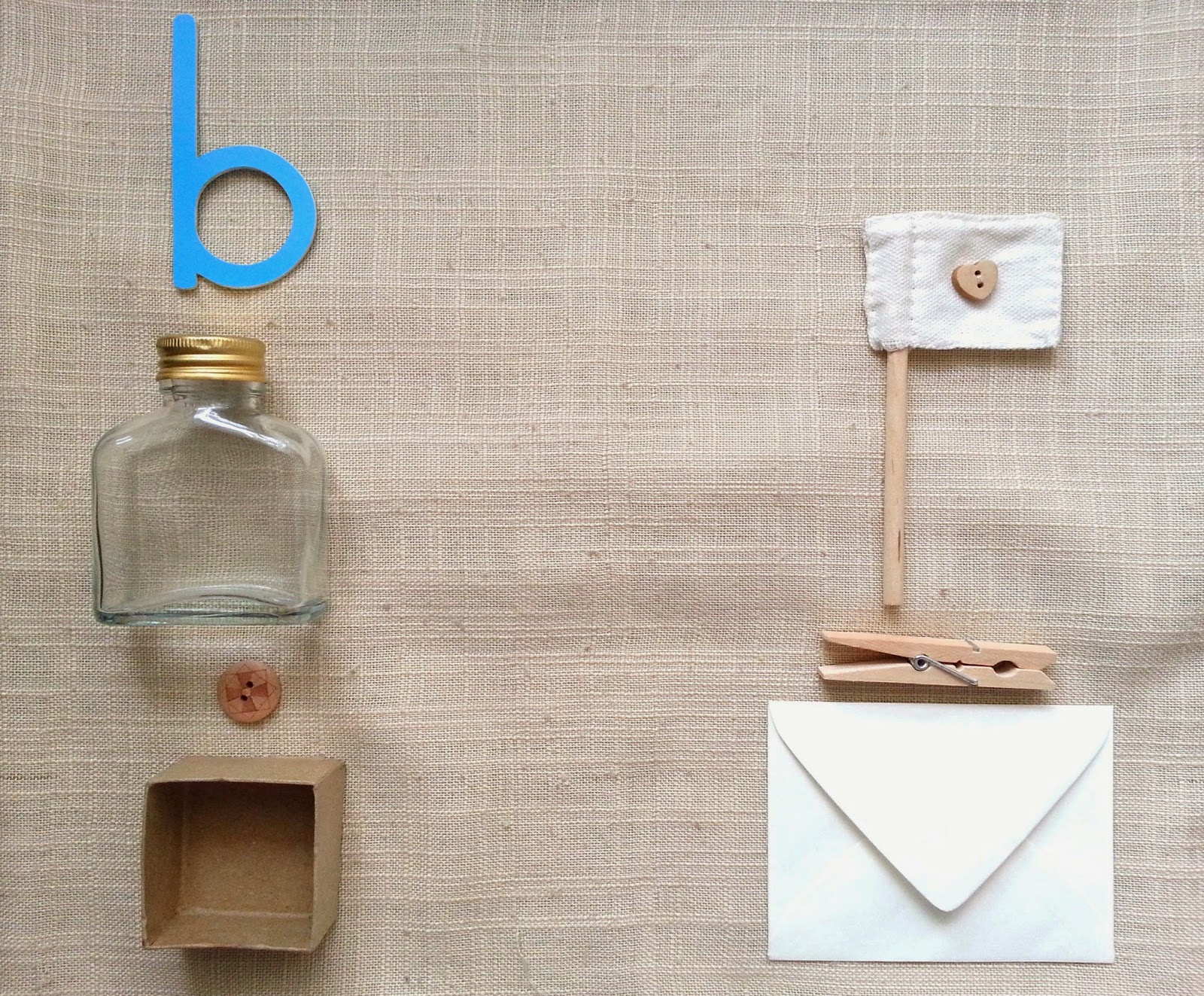 Put the Sandpaper Letter or your letter /b/ on one side. Take one item at a time from the tray, naming them. The ones that begin with /b/ will go under the letter /b/, the ones that don’t go to the other side.

When the child already knows more than one letter sound, he/she can mix up then sort two sets of objects according to two beginning sounds–this and more phonetic activities you can see in my post, Memory and Reading. 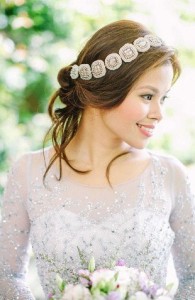 Mars is a trained Montessori pre-school teacher from the Philippines. She used to teach children 3-6 years old; these days she is a first-time mother to her 10-month-old. Montessori is still very much in her everyday as she brings it to her family’s home, blogging about it atwww.montessorionmars.com. She also strives to share Montessori to more homes in her country by making the beautiful and purposeful authentic materials available to them through her small business, The M.O.M. Store. One of her goals is to help more families and children experience the Montessori difference. Please visit her on Pinterest, Facebook, Twitter, and  G+.

Writer and Mother at Child Led Life
Marie is a work at home Mom with a background in education (and astronautics). She writes about her child led life on her blog (and once called herself a Black Hawk helicopter pilot). Marie enjoys networking with other bloggers and finds peace in her day with a hike in the woods and cooking with her kids in the kitchen.

Work at home #Momblogger while #homeschooling two littles, #naturallife enthusiast, and helpful #virturalassistant - email me at childledlife@gmail.com
Growing and engaging with the right tweeps - gained 6 new followers in the past week, courtesy https://t.co/kirpU896T3 - 5 years ago 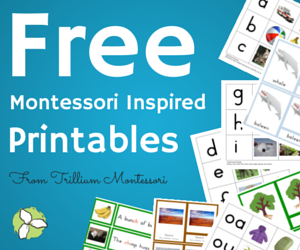